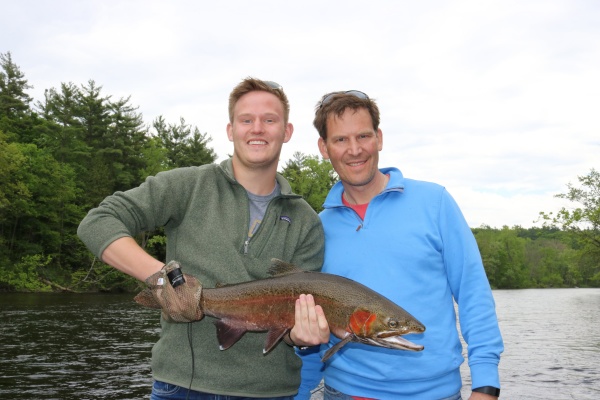 Fishing the Muskegon river over the past two decades, I’ve come to understand one very important thing; never put the steelhead rods away too early in June.  More times than not while guiding trout trips in June we come across nice pockets of steelhead.  Year after year we’ve landed some beautiful steelhead up into late June. 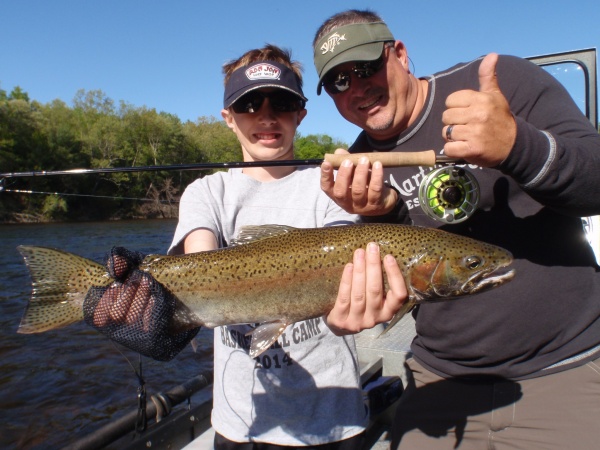 The Muskegon river located in Newaygo, MI is one of the last rivers to accept migrating steelhead and the last river to finish the steelhead migration that some years have lasted all the way up to the end of June. 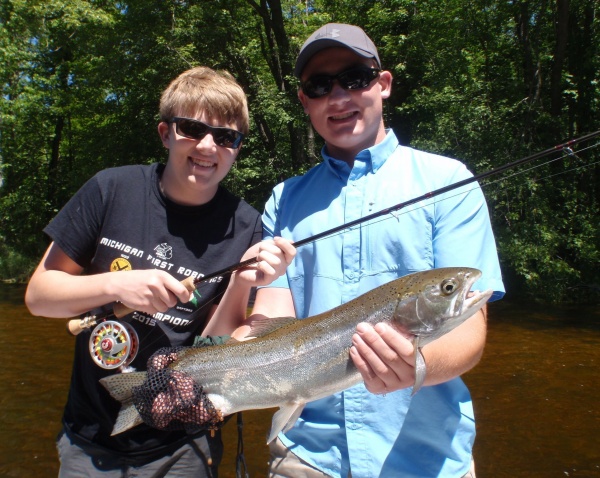 Here’s Chris with his friend Dan holding a bright chrome steelhead caught June 21st, 2015.  I had to “specially rig” a trout streamer rod to hook and land this beautiful hen.

So during a recent trout fishing trip with Steve and his son Aden (pictured above) with his son Aden holding a June steelhead asked, “do you think this will be your last spring steelhead of the 2017 season?”  The question made me pause for a second and reflect on all the incredible steelhead we’ve hooked and landed over the years in June.  After a few seconds of deep thought of all the steelhead memories, my reply was a confident “no, there will be more!” 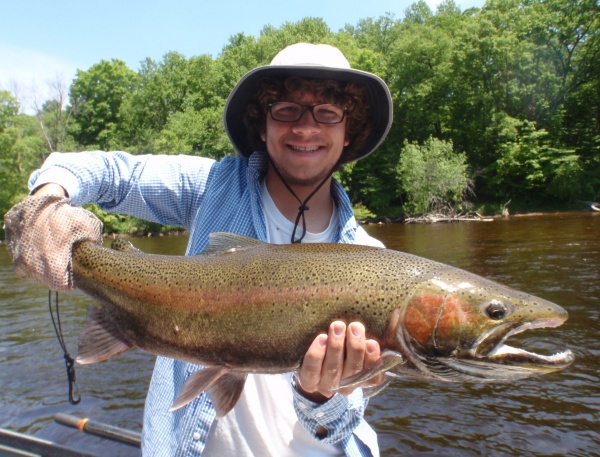 This was one of my best memories of a late season June steelhead caught on the Muskegon.  It was again on a guided trout trip back on June 23, 2014 where Nick caught this magnificent steelhead on a stone fly.  This was Nick’s first steelhead ever on a fly rod which was again caught the end of June.  By the way, Nick also landed another steelhead later that day.

Just two things to walk away with from this story, first, never underestimate the endless amount of big game fish the Muskegon river produces year after year and the boundless opportunities the river has to offer with peace, serenity, and the excitement of hooking world class fresh water big game fish.  Second, never put the steelhead rods away too early.  You never know what you might encounter fishing the Muskegon river in late June!