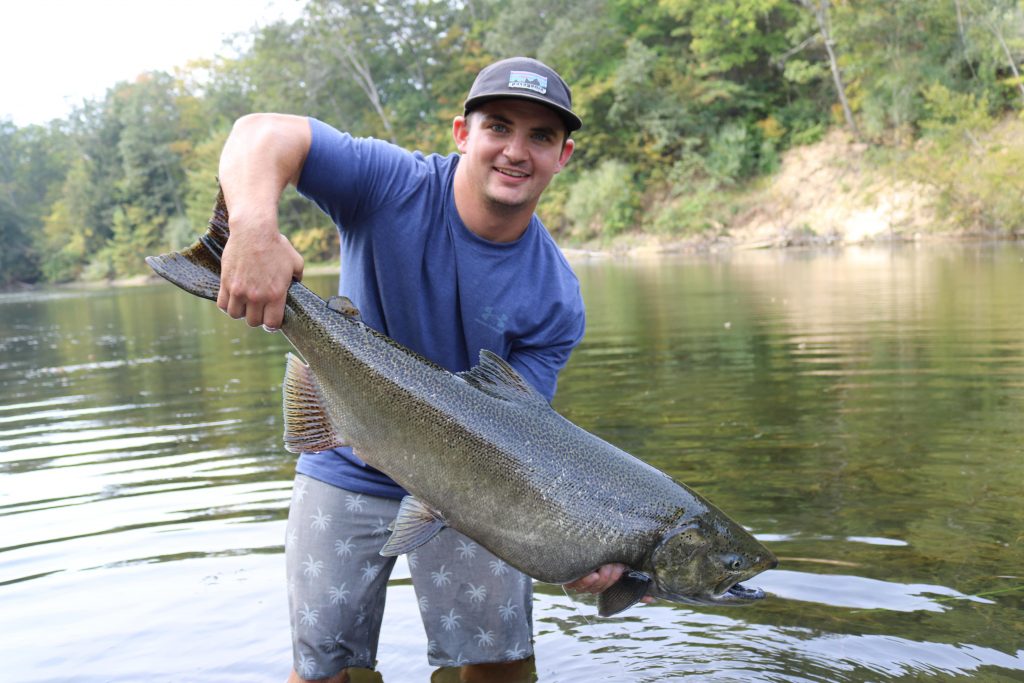 Who would have guessed?  90 degree day, bright sunlight, 68 degree water temps, low water and nothing but solid hook-ups with massive Muskegon river king salmon including Gino’s monster that bottomed out my 30lb boga grips instantly.  Massive king salmon!  What a day!  The size of these king salmon this year are the biggest I’ve seen in 20 years of fishing the Muskegon river.  Describing the salmon population this year as absolute monsters is a understatement! 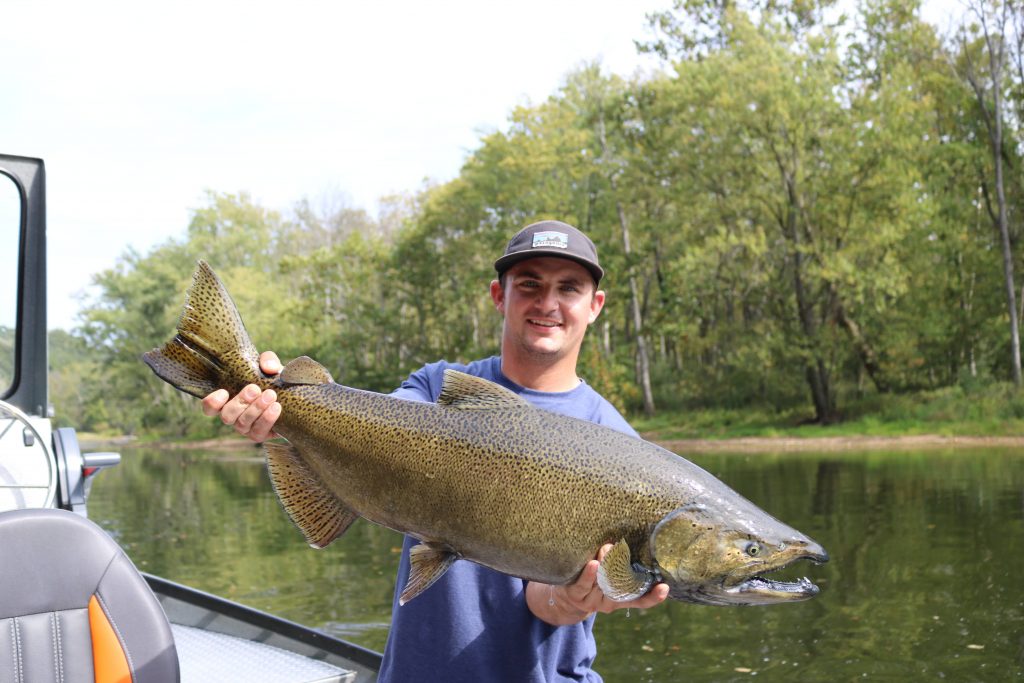 Special thanks to my great friend Matt Supinski, owner of the Gray Drake Lodge who not only sponsored the trip today but also “showed me the light” of how fun and effective it can be to “swing for kings” in the deep pools with fly rods.  Absolutely awesome strikes by massive king salmon ripping the fly reel into the backing in seconds!!

← September Trout~Dry Fly Style On The MO!
Gift Of Kings! →