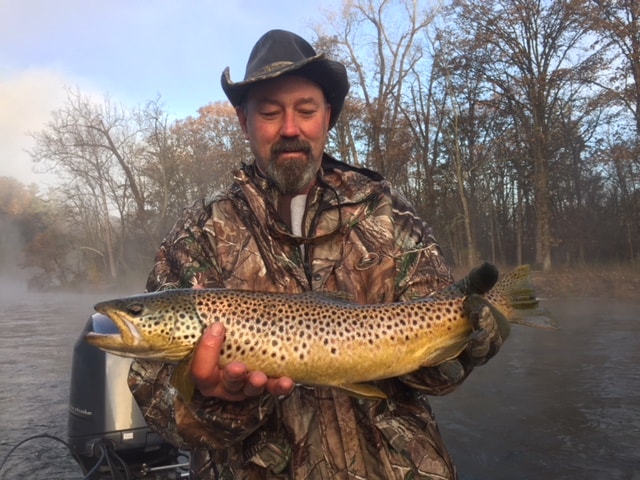 (Ed holding a “wall-hanger” river brown from the Muskegon) 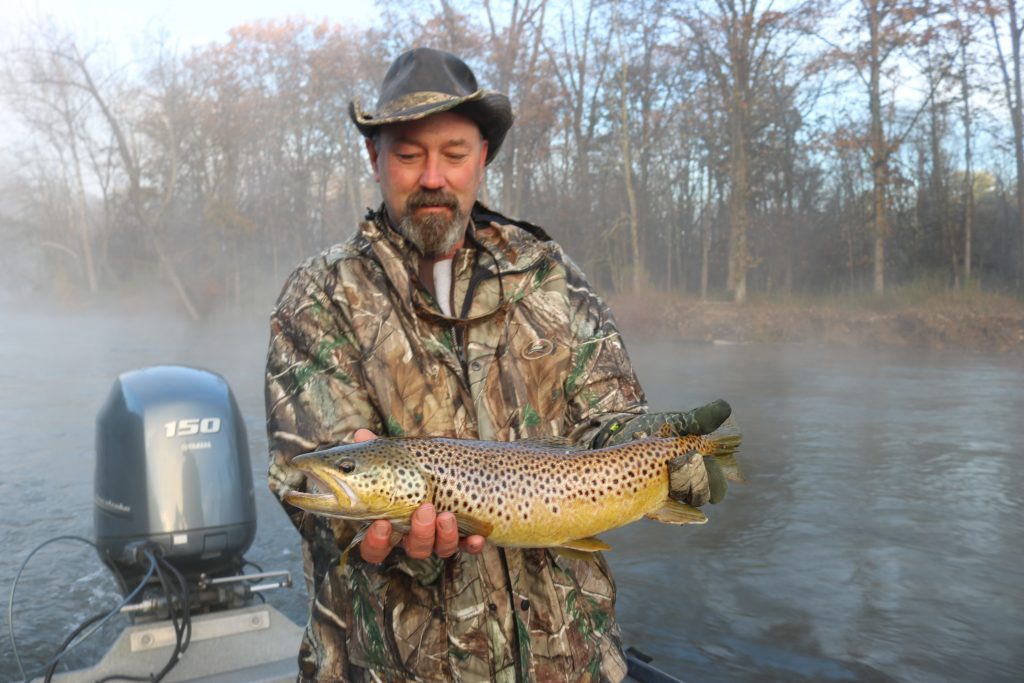 (Ed with another photo of his epic river brown) 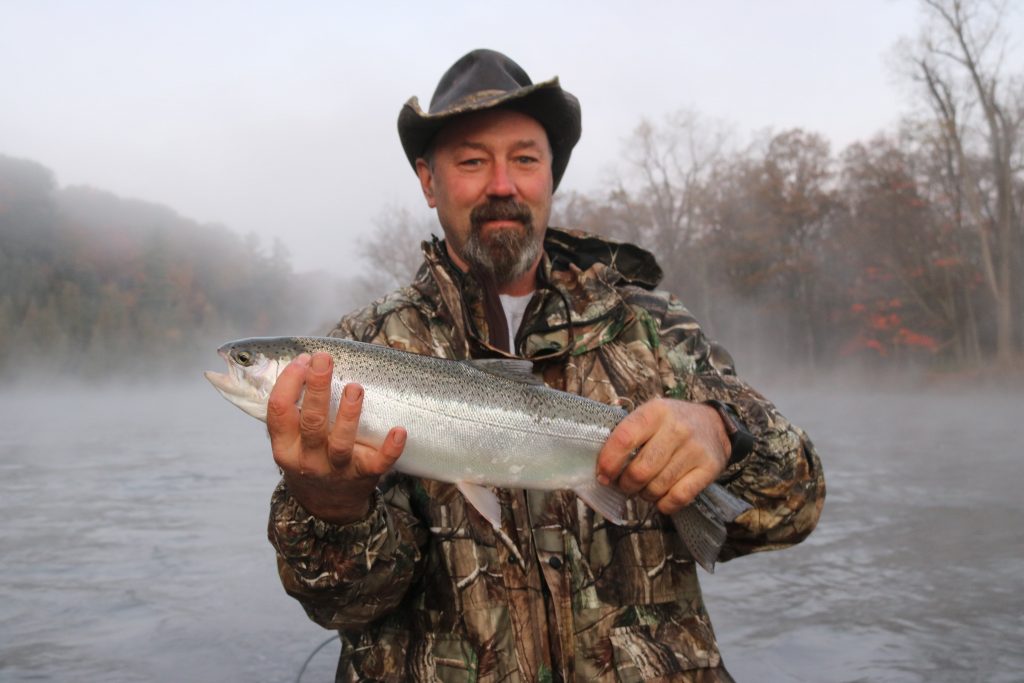 These trout on the Muskegon have gotten bigger in the past five years than I’ve seen in the last twenty.  These browns have grown tremendously in both size and numbers leading me to believe the trout fishing on the Muskegon River is one of the best kept secrets in Michigan. 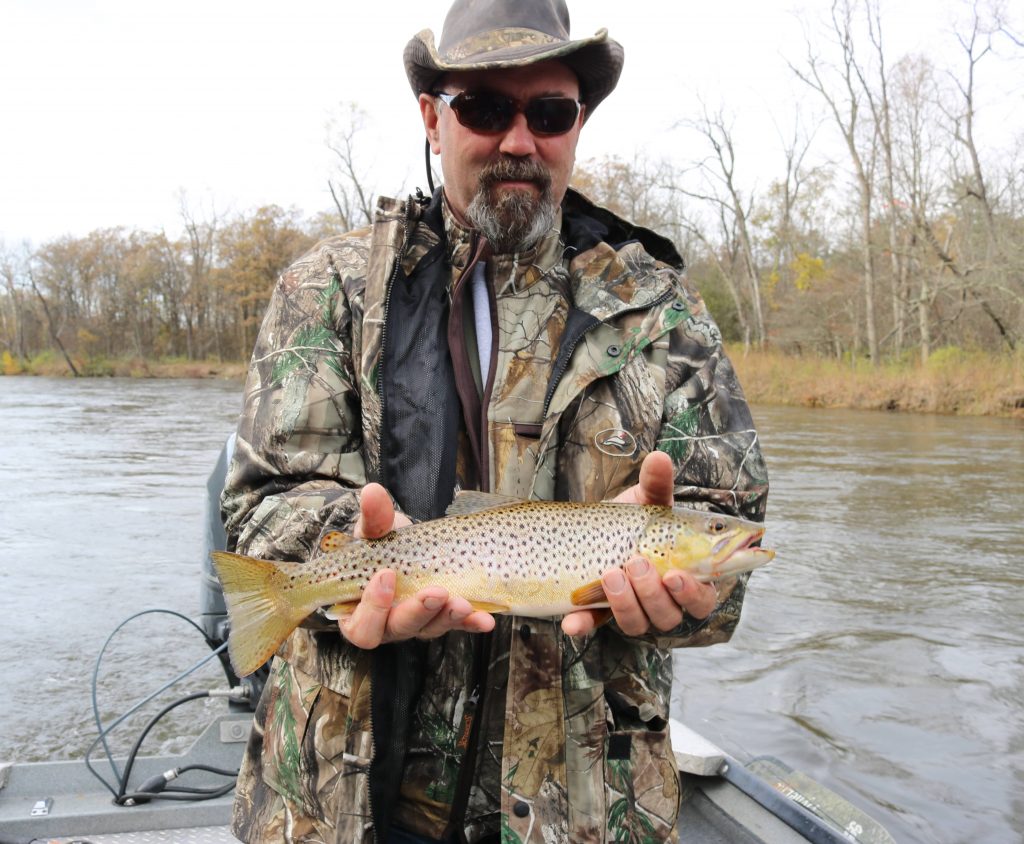 Water levels have spiked recently bringing more steelhead up the river system.  Water temps are dropping into the low 40’s.  Steelhead are starting to seek the slow moving pools as they approach their winter lies.