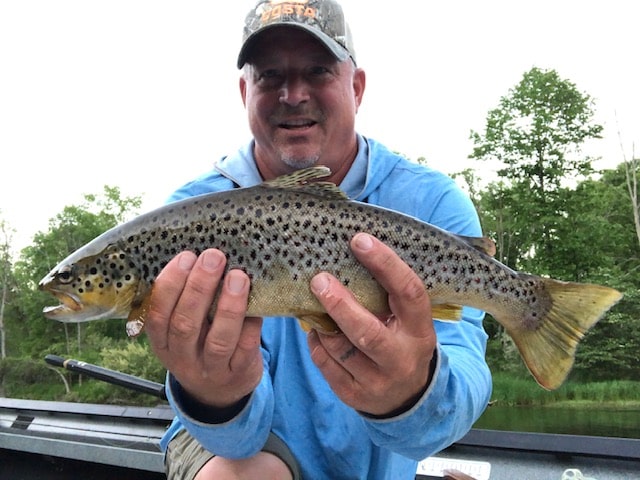 More times than not hooking big trout with dry flies is won or lost by timing the rise.  Trout don’t like to waste a lot of energy when feeding and with an over abundance of spent drakes floating down stream these browns position themselves in their specific feeding lane and just sit there gorging on these dead drakes floating over top. 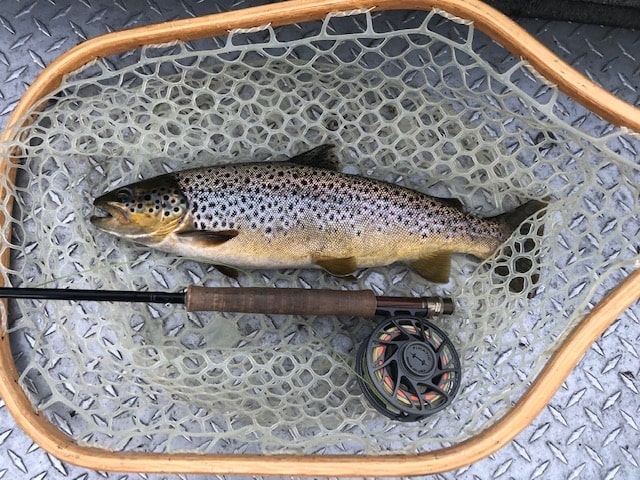 The key to hooking these big trout is all about “timing the rise.”  Count number of seconds or minutes from the trouts first rise to the next.  Big trout are very specific and consistent in the amount of time between their rises while staying put in their specific feeding lane.   Some tout take seconds between rises and others can take several minutes. 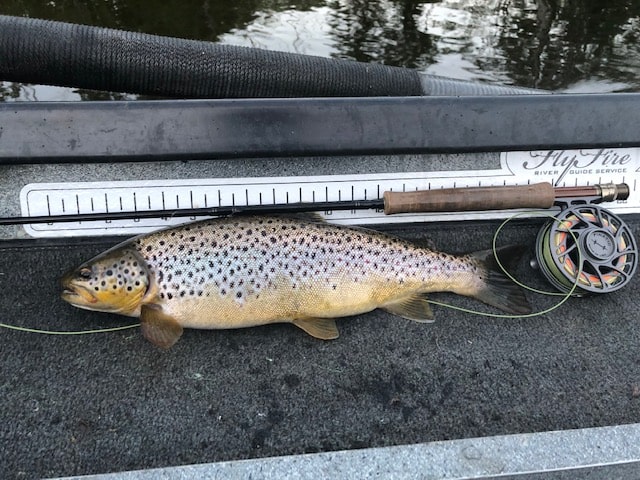 Focusing on the amount of time between rises gives you the advantage.  Pay attention to the timing of your cast.  Work your cast to place your fly right in front of the trouts face just before his next rise.  Doing so, gives you a much better chance of hooking these large trout as they come up for the next sip of flies.

This brown pictured above is the prime example.  I spent some time watching this trout rise repeatedly in his feeding lane while timing the seconds between his rises.  I focused my cast  just in front of him before his next rise.

Unfortunately, I missed him on the first take.  After missing him on the first strike and not seeing him come back up for a long time there after; experience has taught me to leave him alone.  Be patient.  Don’t cast at him.  Give him time to regroup and let him get back into his feeding lane again.

So I moved on to fish other areas and came back to him an hour later where he was back in that same exact feeding lane with the same 20 second timing between rises.    But this time, I noticed something I failed to see the last go around.  Beside his 20 second time interval between rises, I noticed he would rise at the tale end of a massive dead drake spill floating over his head.  So armed with both the timing between rises and focusing my cast on the specific area he was rising, the brown struck my drake pattern.  He took it just after placing my cast just behind a spill of dead drakes floating over his head and almost exactly 20 seconds from his last rise.  Great fight!  Great fish!

This is what dry fly fishing for big trout is all about.  Stalking the fish, timing the rise, and praying to God he takes your fly!  Try this dry fly fishing technique next time you come across large trout rising in their feeding lane.  More times than not this technique will pay off for you big time! 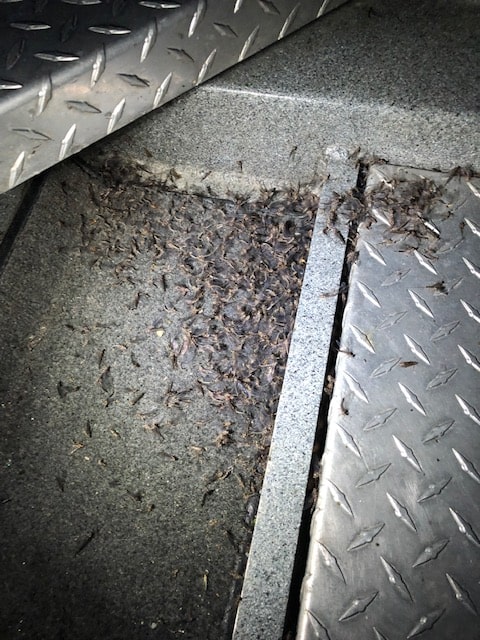 (Remnants of the evening Drake hatch)

Water levels have come up significantly, well above 3000 cfs from the past couple days of heavy rains.  With the high water, pulling streamers and nymphing for large browns and rainbows will be our main focus as the conditions are perfect for it!